I was just introduced to a rather cool, and amazingly affordable, four-digit Nixie tube watch on the Leonenri website.

WARNING! Before you part with any hard earned money after reading this blog, check out the comments at the end, because community member Duediligence says that the site I reference is a scam.

Let’s start by my acknowledging the fact that I love Nixie tubes in general and that I have a soft spot for steampunk inspired Nixie tube artifacts in particular.

The reason I mention this here is that my chum Charles J. Lord just emailed me to say, “I have no idea why, but I thought of you when I saw this.” Charles’ message was accompanied by a link to a rather cool, and amazingly affordable, Nixie tube watch on the Leonenri website (link removed).

As an aside, did you notice where I just wrote “Charles’ message” and wonder if I should instead have said “Charles’s message”? Well, according to this entry on WordReference.com: Traditionally, the possessive of Charles is Charles’s, pronounced “Charlz-uhz.” According to the new rules, the possessive of Charles is Charles’, which can be pronounced either “Charlz” or “Charlz-uhz.”

But we digress… In addition to the four Nixie tubes, which are used to display the date and time, this wrist-mounted chronograph is equipped with tricolor LEDs (that can be deactivated if required), a temperature sensor, an accelerometer, the ability to set the brightness of the tubes, and a slot machine effect when the display is activated or deactivated.

According to the Leonenri site, the body of the watch, which is 63 mm in diameter and 18 mm thick, is milled from a solid piece of material. Somewhen confusingly, the site also says that the body is made from titanium and brass. I think the main body is titanium accompanied by a brass bezel, but I’m not 100% sure on this. The “glass” face is 2 mm thick artificial sapphire. There’s also a docking station for charging that’s made out of wood with a metal base.

The most amazing thing about this little beauty is the price, which is only $29.99 plus shipping (if you buy three, you get free shipping).

I must admit that if I wasn’t already the proud possessor of the “Rolls Royce” of Nixie tube watches, I’d splash the cash in a flash for one of these little rascals. As it is, for special occasions like technical conferences, I proudly flaunt one of the original round Nixie tube watches that are hand-crafted by David Forbes of Cathode Corner fame.

Apple co-founder Steve Wozniak also proudly sports one of these Cathode Corner creations. Apparently, it’s the one techno-geek gadget The Woz owns that he wished he’d invented himself. As Woz told the BBC in the Woz’s Words of Wisdom interview, “It’s a geeky watch and I would have loved to have invented that. I would feel real good about it.”

As another aside, if you haven’t already done so, may I suggest The Woz’s autobiography iWoz for your reading pleasure. Although this book received mixed reviews, I personally enjoyed it, especially when read in conjunction with the biographies/autobiographies of Steve Jobs, Bill Gates, and Paul Allen.

It’s not often I find myself in the company of someone like The Woz (although I did once meet him at a conference and we had a nice chat about “this and that”), so it’s pretty cool to know that — considering he could afford to acquire any watch on the planet — he opted for the same offering as your humble narrator. How about you? Are there any Nixie tube artifacts upon which you would like to lay your hands?

You are promoting a scam website, please take this down to reduce the damage you have already caused.

How do you know this is a scam website? I just did a search and I don’t see any complaints about it.

Dude, it’s a picture grab from an etsy listing, where these “metro 2033” style works of art go for 600-1500$.
Seriously. Use the remainder of that gray matter if you are not the scammer in question.

I’ve added a disclaimer at the top of the column — a couple of my friends have ordered these so my fingers are crossed — in the meantime, I’d just like to say that, although the information you provide may be valuable, you manage to come over as being a bit of a Richard.

Now we are sure, i suggest you remove all references to this company form your blog, to make sure no one else orders this.

It is a scam site. I received my order today: 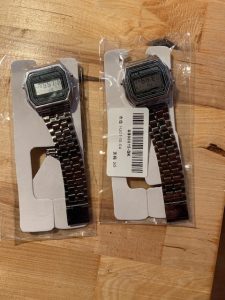 Shoot! I’m so sorry to hear this — I was hoping against hope that it wasn’t a scam — what a pain in the read end (sad face)

I received the same crappy watch. I did get my money back through PayPal. I’ve been emailing the vendors, but they keep saying they sent what I ordered. They can rot in hell.

I heard from one friend who tells me the vendor keeps sending messages saying “we’re really sorry and please cancel your dispute with PayPal and we’ll refund your money (after you’ve cancelled the dispute)” — They are carbuncles on the backside of humanity — may their cornflakes ever be soggy and their coffee always weak, bitter, and lukewarm.

Do NOT accept their proposal. Just sent the rubbish back at the lowest tariff you can find, that allows you to get a traceable ticket and number, and ask your money back at Paypal.Do not forget to ask your shipoment costs tto. You will have to search around on the paypal site. They more or less hide the actvity centre.where you need to manage things. Upload all proof at once, because tou get only one opportunity. I managed for 5.50 euro. Today i got my money back and one week earlier the 5.50 shipping costs. Make pictures of all stages and papers as well as your shipment once accepted by the shipping company. In my case LaPoste.

And yet almost a year later your article is still up. Gross.

Well — it does have a great big disclaimer at the top saying it’s a scam and to read these comments — plus I removed the link to the fake product — I think it’s better to leave thsi column up as a warning so that others will find it if they do a search on this product.

Nice to hear that Bobby.

I hope it’s real. I just ordered one. I’ll keep you posted.

I hope it’s real also, otherwise I’m going to feel like a real idiot — please do keep me informed.

Should have bought critical thinking instead.

And you call yourself a computer expert, falling for scams like this and then publicising it.

When did I call myself a computer expert? The problem with scams is that they are designed to make you fall for them. Which is not to say that I’m not hanging my head in shame.

Here’s a pic of what I received. Thank God for PayPal. Dispute opened. 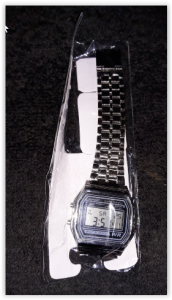 Now that I look closer it does appear to be a scam. The **real** company behind it is Shoplazza.com. there are lots of really bad reviews about them: https://www.trustpilot.com/review/shoplazzacom
At least I will eventually get a refund since I used PayPal.

Max- Don’t feel bad about this. It was a very convincing ad.

Shoot! I feel like an old fool (but where are we going to find one this early in the morning?) The thing is that you can get some amazing deals these days — and it looked so real — if I didn’t already have the one from Cathode Corner I would have bought (or tried to buy) one of these. I feel “as sick as a parrot” as they say in the UK

UPDATE- I just got a nice email from the seller. They have shipped something that should be here in two weeks. I wonder what it is??

Max – nice job with Dude. We all need to help each other ID and repudiate fake news / products etc. But the “Richards” of the world could be much more productive with factual information providing, versus name calling nd one-ups-manuship.

Dude – Max is a tech industry treasure. Be nice.

Thanks Frances — I appreciate your kind words (I’ve been feeling guilty calling Dude a Richard). Did you see my Mindbogglingly Droolworthy Display Concept column (https://www.clivemaxfield.com/mindbogglingly-droolworthy-display-concept/)?

I just love analog technology. This Nixie Tube Watch is interesting and complicated.

What Are Voltage, Current, and Resistance?

Are You a Microsoft Guru?

One International Adapter to Rule Them All!

What Does Your Daddy Do?

What’s It All About, Alfie?

It’s Time to Look at Jupiter!