I must admit that I’ve long been uncomfortable with some of the terminology we use in electronics engineering. Mayhap it’s time to adopt a new nomenclature.

Like most people, I don’t like change and I tend to resist it without really thinking about why I’m doing what I’m doing. Every now and then, however, the time comes to bid farewell to the old and to welcome in the new. And the funny thing is that, after a while, you don’t even notice that anything has changed.

For example, when I wore a younger man’s clothes, which is not-so-long-ago in the scheme of things, it was common to use the term “chairman” to refer to whomever was designated to preside over a meeting. Like most people I know, I never really thought about this until people started campaigning for alternatives like “chairwoman,” “chairperson,” and even “chair.”

My first thought was, “why fix it if it isn’t broken?” It took me some time to realized that “it” was indeed broken if a woman was presiding over a meeting but we continued to call her a chairman. I also thought that referring to someone as “chair” was ludicrous, only to discover that this term has been used to refer to a seat or office of authority since the middle of the 17th century (its earliest citation in the Oxford English Dictionary dates to 1658–1659). Somehow, knowing we’ve been doing this for a long time makes it better (don’t ask me why).

The same thing goes for lexes like policeman, fireman, and postmaster, the main reason being that all of these roles were traditionally performed by people with deep voices. Looking back, it’s surprising that it took so much time for society to accept expressions like policewoman and postmistress, which occurred long after women had flung themselves into the fray.

In many cases, gender-neutral terms like police officer, firefighter, and flight attendant (as opposed to “stewardess”) are also good alternatives. On the other hand, the purpose of language is to convey information, so using words like “actor” and “actress” goes a long way to letting us all know what we are talking about. I’m not actually sure why so many actresses now prefer to refer to themselves as actors, but it’s telling that the Academy Awards has categories like “Best Actor in a Supporting Role” and “Best Actress in a Supporting Role,” as opposed to “Best Actor of a Female Persuasion in a Supporting Role.”

When I was a student at university, whilst out on one of my co-op assignments at a factory, we had work breaks mid-morning and mid-afternoon during which a “tea lady” would wheel a trolley around serving mugs of tea and snacks. I wonder what the politically correct term is for “tea lady” these days (perhaps “refreshment counselor”)?

Thinking about it, a lot of people use the term “politically correct” itself as a pejorative, and there are certainly occasions when I raise a quizzical eyebrow myself, but there are also many times when our metaphorical report cards could well be marked, “Could do better.” 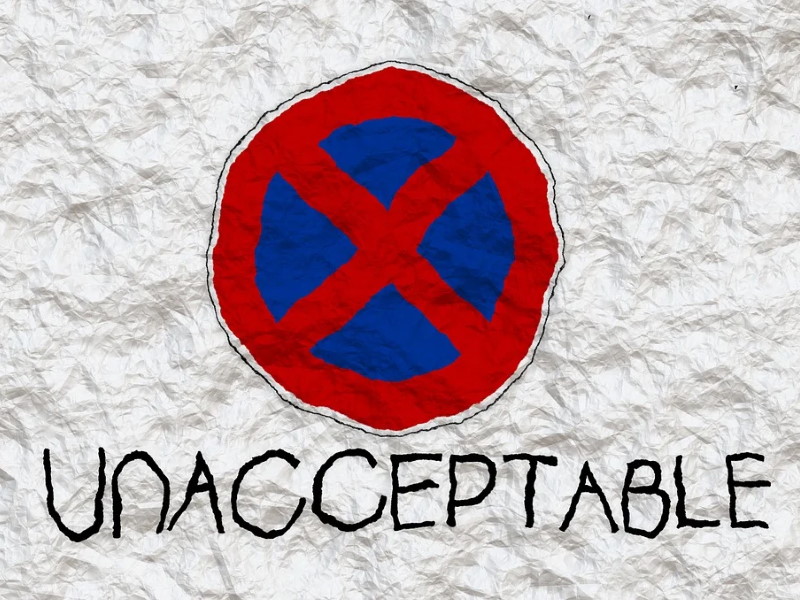 My wife (Gina the Gorgeous) is a realtor. She tells me that many real estate-related expressions have evolved over recent years. For example, what used to be called the “Master Bedroom” is now referred to as the “Owner’s Retreat,” a “Jack and Jill Bathroom” is now a “Connecting Bathroom,” and a “Mother-in-Law Suite” is now a “Guest Suite” or “Flex Room.” I feel that I am a man ahead of my time because — although we haven’t formally discussed this point — in our own home, what the rest of the world used to refer to as “His and Her” closets have long been understood to be “Her and Her Closets.”

All of which meanderingly leads us to the topic of electronics engineering terminology. I was just reading an interesting article on Racist Computer Engineering Terms, which made mention of expressions like “master” and “slave and “whitelist” and “blacklist” in the context of the internet.

We also use the terms “master” and “slave” in my branch of electronics, such as master-slave flip-flops and master and slave devices on microcontroller busses, for example. I must admit that I’ve long been uncomfortable with this terminology. Also, there are other names that might now be considered to be inappropriate, such as “male” and “female” in the context of connectors.

Personally, I think it’s time to wipe the slate clean and come up with new ways of saying things that are more appropriate to the age in which we live. Although older engineers may moan and groan, if we start now, it won’t be long before new waves of engineers grow up unaware of the terminological relics we are discussing here.

The only problem is that I don’t have any great suggestions regarding this new nomenclature, so I’ll hand that part over to you. Are there any other terms we use that you feel are inappropriate? And do you have any suggestions for more appropriate alternatives that you’d care to share with the rest of us?

I wonder when it will be deemed that the word “Human” is sexist. Terms like human, mankind and even man have always been gender-neutral. How did we get to the point where people who don’t understand our language are allowed to change it?

There is the male/female terminology when talking about connectors and suchlike. Can be replaced by plug/socket. One place I worked at in that pinnacle of political correctness of South Africa, had the plug/socket designation on the rest rooms.

I’m slapping my head saying ‘D’oh’ — why didn’t I think of plug/socket?

One of the niceties about the English language is that it is eminently adaptable. It takes from slang, from other languages and from people who just feel like making up words. The language I was taught in school was not the same language my kids were taught, nor the same that my parents or grand parents were taught. It may sound strange at first to abandon terms or use new ones, but we do it all the time.

Did you ever read the book (or see the film) “The Professor and the Madman” about the creation of the Oxford English Dictionary (OED)? There was huge battle between those who wanted to create a dictionary that reflected English “just as it is today” and those who said that the meaning of words changed over time and the dictionary should reflect this fact. As far as I’m concerned, The Professor and the Madmanis a must-read book!!!

Meet the Masters of the Mystic Arts at Microchip Technology

Meet my New Buddy — The TempBuddy!